There are several differences between the Elgato HD60 vs HD60S. Learn how they stack up against each other in this review.

When buying a capture card, it’s important to find one that best balances image and video quality with performance and price.

One of the biggest names for capture cards is Elgato, and they have two similar products on the market: The HD60 and the HD60S.

When Elgato launched the Elgato HD60 capture card in 2014, it was an instant hit with gamers worldwide. It provided a much better quality of video than its competitors and made gameplay streaming easier. In 2019, Elgato released their newer model: the Elgato HD60S.

There are some important factors and key differences between these two capture cards that you should know about before making your purchase decision for a capture device.

Renowned for its features, the HD60 is a great device to use. It has powerful functions that many content creators like.

The Elgato HD60 can record up to 1080p/60 fps. It also has a USB 2.0 interface that is tried and tested to work reliably with most computers.

This capture card also has an H.264 encoder that takes fewer resources from your computer while capturing and recording. This makes it a good choice for older systems.

The gaming experience is all about sharing. With Elgato Game Capture HD60, the next generation of gameplay sharing has finally arrived. Record and stream your PlayStation 4, Xbox One and Xbox 360, or Wii U gameplay and share your journey with friends, fans and generations to come. 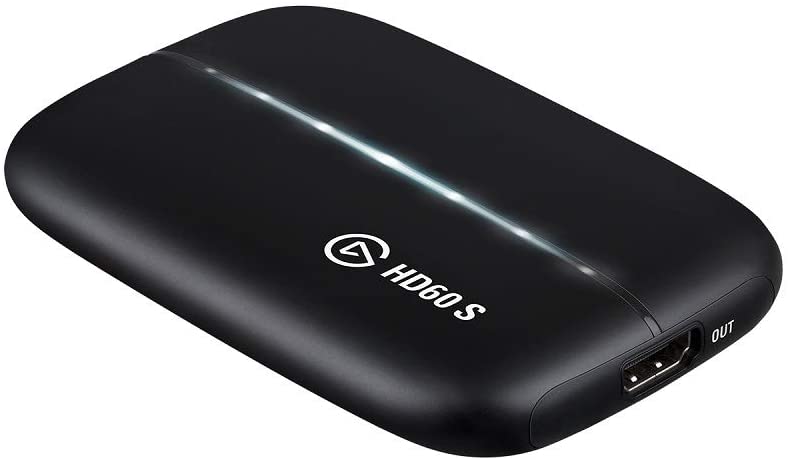 The Elgato HD60S is the perfect complement to any system. A pleasing and striking greyscale design, LED status strip, and a sleek exterior, makes it one of the best-looking capture cards on the market today!

This Elgato game capture card is tough to rival. Not only does it offer stunning 1080p60 quality, but its reversible USB-C connector also simplifies the setup.

The HD60S is a USB 3.0-powered capture card with Instant Gameview and reliable, high-performance functionality. It gets you up and running on Twitch or YouTube quickly thanks to its ultra low latency technology.

You continuously evolve your content. Stream and record your finest gaming moments with HD60 S, and leverage the ultimate foundation to demonstrate what you're truly capable of.

Difference Between the HD60 and HD60s Elgato

The Elgato HD60S works best when you have a decent computer and use software like Streamlabs OBS for live streaming.

The Elgato HD60S has an advantage over the more basic HD60 because it doesn’t encode the video before sending it to your computer. This is why it is better to use the HD60S for streaming over recording videos.

The HD60S does not have a built-in hardware encoder. You’ll offload the encoding to your processor, which could be more taxing on PC rigs with less powerful specs.

A big issue with the HD60 is that it cannot properly use third-party software as its built-in hardware encoder doesn’t work properly with them.

The good thing is that both cards can handle a 1080p resolution and a 60 fps frame rate, as well as up to 40 Mbps bitrate (60 Mbps bitrate for the HD60S). The quality of the recording is going to be the same on both cards. The biggest change you will notice is how much your CPU usage will be affected.

The HD60 has a delay of around 2-3 seconds from your screen to the capture software. On the other hand, the HD60S uses a USB 3.0 interface, which allows the instant gameview feature of the HD60S, which brings the delay down to a measly 2-3 frames.

The Elgato HD60 can still be used and is still supported by Elgato in their Game Capture software, but it is an End of Life Product and won’t be supported in their future software, such as the 4k Capture Utility App.

Which Is Better Elgato HD60 vs HD60s?

Elgato HD60S is the better and newer product. It has some major differences over its previous model, including improved video quality, USB 3.0 connectivity, and has a max bitrate of 60Mbps.

What’s the Difference Between HD60s and HD60s+?

Which Card Should I Get?

The Elgato HD60 and Elgato HD60S capture cards both work well on relatively average PCs. Still, the built-in hardware encoder of the HD60 may be more beneficial for lower-end gaming PC users who want to save processing power. So if you have a sub-par gaming laptop, Macbook or Macbook Pro that isn’t geared for gaming, this is a way to get the most out of your tech.

However, the Elgato HD60S offers superior low latency technology to the previous model (HD60) thanks to a quicker USB 3.0 connection, making it a great choice for streamers.

Don’t get me wrong, both the HD60S and the HD60 are good capture cards.

The good news is that they’re very similar, but the HD60S edges out because of its faster data transfer and lower latency, thanks to its USB 3.0 connection for Instant Gameview.

I feel obligated to recommend getting the HD60S over the HD60 as it is an End of Life product.

We hope that this helps and no matter if you are capturing content from a high-end PC, Xbox, Playstation, or even your Iphone, you get the HD capture card you need!

You continuously evolve your content. Stream and record your finest gaming moments with HD60 S, and leverage the ultimate foundation to demonstrate what you're truly capable of.

Logitech Brio vs C920 – The Best Webcam for Streaming?

We provide our honest opinions and researched reviews on streaming related products and resources, guiding you towards creating better content for an ever growing audience. Learn more about us